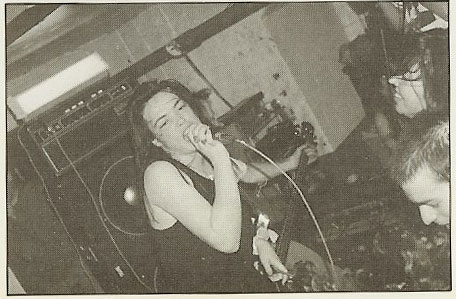 Between 1983 and 1993, Creation Records released some of the best records ever made. They limped on for another six years after signing Oasis, but by that point the magic was gone. There was so much more to Creation than thuggish lad pop. This much more important history is remembered in a new film, Upside Down (named after a JAMC single), which does alas seem to spend too much time on those horrible, horrible Gallaghers.

Creation Records was indie music. It was everything that was right about it – and, later, everything that was wrong about it. I never much liked the Mary Chain or Teenage Fanclub, and later they had the weakest, most insipid excuses for Britpop – most of which came out after the label was bought out by Sony. Alan McGee had sobered up, which was important for him personally, but the death knell creatively because he could no longer keep pouring money into loss-making musical geniuses. My Bloody Valentine almost bankrupted him, but Loveless was unlike any record that had ever been made. Time was that you could pick up almost any band from the label and hear a great song. Time was that he’d sign bands on a whim with no concern about whether anyone would buy the records. Music needs people like this – not necessarily obliterated on drugs, but certainly insane and with capital. Most magically of all, some of these strange creative risks tapped into the soft spot of the record-buying public. Screamadelica reached number eight in the UK charts. Ride went top 10. Even Loveless sold 225,000 copies. I was not the only person to love these records with a passion.

Here are 10 of my favourite Creation songs, in no particular order.

It’s ridiculously hard to choose a song from this album. The opening track was such that I very nearly took the record back to HMV, assuming that it was broken. Luckily I recalled an interview with Kevin Shields in which he said that a lot of people thought that, so I gave it another go, and it really was “supposed to sound like that”. Only Shallow, When You Sleep, so many great songs that still sound compelling over 20 years later but a lot less broken. Loveless was so influential that it sounds almost mundane these days. Soon was the poppiest, funkiest, most memorable track.

9. Primal Scream – Higher Than The Sun

Primal Scream just weren’t very interesting until they handed their tracks over to producer-remixer Andrew Weatherall, from which he created a masterpiece. Higher Than The Sun is a psychedelic dream that still sounds unearthly after all these years.

This is the re-recorded version of House of Love’s debut single on Creation, which came out a couple of years later on another label. I still regard this swirling slice of gothic pop as HoL’s best track.

7. Ride – Leave Them All Behind

The ultimate in non-threatening pretty teen idols, Ride mostly made inoffensive shoegazing pop which I loved as a 13 year-old but wouldn’t really want to hear these days. This song, though … it’s just fantastic, even now. It actually had some guts and spirit. The 12″ version was over eight minutes long and it was a huge hit. Someone on YouTube reckons it was inspired by The Who, which is probably why I like it so much – it’s a lot like I Can See For Miles.

Popular with indie kids and industrial fans alike, Silverfish’s ultra-aggressive anthems seemed oddly placed on the Creation label. More info from YouTube says this song comes from a 1969 Italian sex comedy called Vedo Nudo. Again, it’s pretty hard to pick a favourite song because they were such a good group. I wanted to be Lesley Rankine when I grew up.

5. The Telescopes – You Set My Soul

I got this track on a Select magazine covermount, but from the one or two other songs I’ve heard, I think this was a one-off. It’s sublime jazz with the dreamiest double bass I’ve ever heard. It’s so beautiful it makes my eyes mist up even now.

The story goes that Alan McGee put Swervedriver’s demo tape on in his car while driving across America, and then picked up the phone and signed them on the spot. It’s very much “driving music”, and this track, with its distinctive use of guitars, was their most epic moment.

They called it shoegazing, but really it was trippy psychedelia. Like the good examples of its ilk, a strong bassline defines the track. Sure, it could be released now by Warpaint – but equally it could have been put out by Pink Floyd in ’67 without changing a note. The visuals in this fan-made video are from http://www.spacetelescope.org

I regarded the Boo Radleys as being rather weak and insipid, aside from this track. It was just a really well-written song with a superb arrangement – I love the use of brass (sampled?), fuzzy guitars and, again, that all-important bassline. The video features their mates including Curve and Alan McGee.

Ed Ball was the nice chap who answered the phone at Creation Records. I was never really sure if he worked there or was just hanging out enjoying the party. He released records sometimes, and this was my favourite. It’s New Order’s Blue Monday, sung in high school French. It’s just so patently ridiculous you can’t help but smile – absolutely, wilfully, absurdly over the top. I love the cheesy, overblown Gilmour-style guitar solos, cringeworthy pronunciation and crassly-overused dance beats. Best to skip straight to the 5-minute mark – you’ll get the idea.

Upside Down will appear in cinemas from 29 April and is released on DVD and Blu-Ray on 9 May.