One of the joys of “web 2.0” is the snippets of snark we get to enjoy from some of the wittier reader comments. Readers leaving feedback on newspaper sites seem to be on particularly good form this week. 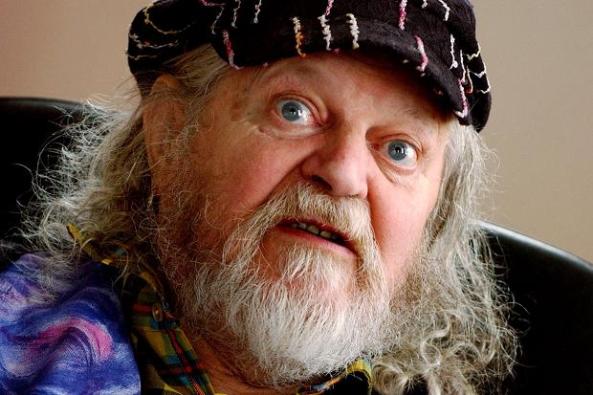 First up, reader Jambon at The Times was alarmed by reports that police were called to Longleat, stately home of the 79 year-old Marquess of Bath, when a fight broke out between two of his girlfriends over whose turn it was to sleep with him:

“Oh dear – he looks like a scruffy badger who has been dragged backwards through a hedge.”

More terrifying still was agentorange71 at Guardian‘s assessment of the refusal of the BBFC to grant a certificate to The Human Centipede 2, effectively banning the film:

Anyway, I have this pretty distorted picture of reality in which a Mr Clegg is strapped to the ass of Mr Cameron and being forced to swallow his s***. They form a Human Coalition.
And a Mr Miliband is the envious, obsessive observer, aroused, who wants to f*** the HC.
Who said that art doesn’t imitate life?
I’ll get my coat.

Easier said than done. You’ll need the help of someone very special for some of the more extreme stuff. Seek out a bespectacled man, with long hair, straggly beard and a ghostly pallor. Perhaps a Bauhaus t-shirt. Right arm like a traction engine.
Some things are best left to the experts.

The comment was immediately removed because it “didn’t abide by [the Guardian‘s] community standards”.

Faring less well was Julie Burchill over at The Independent, whose tirade against Sandi Toksvig provoked the ire of readers who – not without justification – accused Burchill of being an unfunny, vindictive old windbag who lost the plot many years ago. Still, the commenters themselves were able to provide amusing and quite enlightening discussion on Burchill’s chosen subject of the c-word:

gram64
Strange thing, the ‘c’ word. It’s pure Anglo-Saxon, thus short, powerful, crude and no-nonsense. Amazing that it still has the power to shock, as if it was minted yesterday, after more than 1,000 years of constant usage.

stonedwolf in reply to gram64
It wasn’t always shocking but matter of fact. Many towns in England had a “Gropec*** Lane” where the prostitutes worked. Of course we have renamed many, but there are few “Grope Lanes” around.

gram64 in reply to stonedwolf
One learns something every day…..