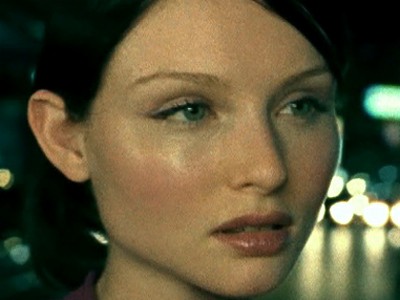 Oooh, tricky one. OK, here’s one. I don’t remember “first hand” industrial music prior to the late 1980s – anything I heard that dates back further I heard many years later. There were many sub-categories, of course, but broadly if you asked me what “industrial music” sounded like I’d have said something like this:
.

And over the years, it turned into this:

Is it possible to vomit and cry at the same time?

I remember sitting in the club that used to have 700 people through the door every Saturday – queues around the block; people lining the staircase because there was no room on the three dancefloors – and now it was about 30 ageing goths in designer PVC, coked off their nuts and dancing to bad synthpop.

I never went back.

The thing is, if you want to listen to pop, just f***ing listen to pop. Don’t change something else into pop because it no longer fits your tastes. Yes, genres change and evolve and that’s healthy – but it needs to keep the spirit of what it was about in the first place.

I mean, there might be a lot of difference between the metal of the past decade and that of 30 years ago, but at least you can see a straight line of how it got there:

My then-boyfriend (now-husband) pointed the song out. He’d heard it on the radio, and he – a diehard metal fan – liked it. We were on holiday, so we listened to it in the hotel room. It wasn’t posing. It wasn’t pretending to be anything that it wasn’t. Just a well-written song. Light, breezy and memorable. Yes, it was pop, but it was much better pop than any of the black-clad wannabes singing about robot death. Music that was actually a pleasure to listen to.

If you want to listen to pop, just f***ing listen to pop. So I did. It was time for a change of scenery, anyway.