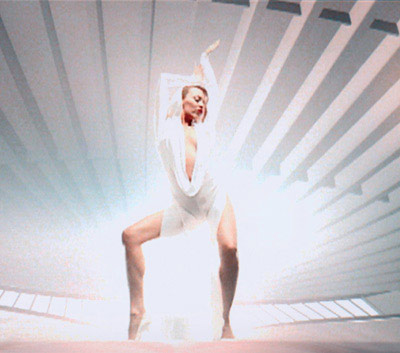 Well, I’m on a roll so I might as well carry on. Has it really been 11 years? Wow. OK, Fever came out in 2001 and I remember listening to it two or three times, thinking “this is a really good album”, and then promptly forgetting all about it and never hearing it again.

It was certainly more sophisticated than anything I’d heard by Kylie before (though not a huge step away from one of my favourite songs by her, Breathe). It was breezy pop for grown-ups, rather than of the aimed-at-eight-year-olds variety. There was something European about it. Come Into My World might have been by Air, for example.

and Rob Davis, guitarist from Mud.

Both ex-performers excelled as songwriters: her hits include Britney’s Toxic and Katy Perry’s I Kissed A Girl; his include Spiller’s Groovejet (If This Ain’t Love) and Coco Star’s I Need A Miracle. Can’t Get You Out Of My Head was a number one in every European country except Finland, where it reached number five. It’s EMI’s biggest-selling single of all time in Greece. It was number one for four weeks in the UK and was certified platinum after being played an eyewatering 3000 times in one week on the radio and winning three Ivor Novello Awards. It peaked at number seven in the US.

Kylie’s sexed-up futuristic video featured a white jumpsuit designed by Fee Doran, in which Kylie had to be taped in to avoid any “wardrobe malfunction”. The robotic dance moves were intended to start a trend – her “people” thought she should be leading fashion, not following it.

Even though the robot dance never took off, the song endures as one of the very finest of the noughties. It’s an absolutely fantastic record, and you really can’t get it out of your head.