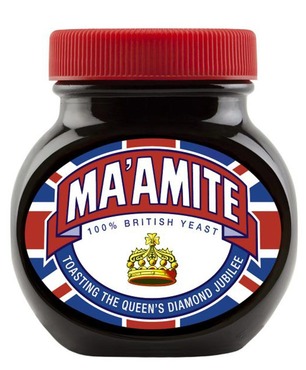 I’m British like I’m Irish: when it suits me. I view the Royals with the same casual indifference as I view … peas. The Queen is a public servant, and provided she keeps on doing the job well and bringing in more than she costs, I’m quite happy for her to continue.

We’re going to spend the weekend munching miniature cupcakes on the village green with all those neighbours we’ve never said more than two words to. I did buy some tiny Scotch eggs, but I probably ought to have grabbed some sausage rolls, too, while I was at it. Oh well. It’s going to piss down anyway, so the whole thing will likely fizzle out after about half an hour. Why didn’t I buy any Pimms?

Having purchased a tiny Union Jack bowtie (for my baby daughter to wear as a headband) and fully loaded up with cucumber-and-cream-cheese sandwiches I’m about ready for a right royal knees-up. For which we’ll need a soundtrack …

These are all songs about England because I couldn’t think of any decent ones about Scotland or Northern Ireland. Not surprised I couldn’t find a great one about Wales because its population consists of 29 people and three billion sheep. I couldn’t find anything suitable to follow the opening Cardiacs number because – face it – what can follow that?

I did in the process of all this chance upon this absolutely priceless lyric on the clip of It’s Grim Up North:

@blakdave69: On the contrary, Bootle gets a mention.

A friend of mine once lived there, and had his car up on blocks with its interior completely stripped bare. He put a sign on the windscreen which read “nothing in here, completely gutted”. Then one morning he found the windscreen smashed with a note left on the driver’s seat which read “just checking”.

I’m also impressed that the maker of the video for Pink Floyd’s Grantchester Meadows managed to film the real place on a pleasant day. I mean, sure, there is sunshine here occasionally, but it’s like snow – rare enough to make the headlines. I once kept a weather diary for an entire year, and on almost every day it was 15C and overcast with a chance of showers. What’s the forecast for tomorrow? 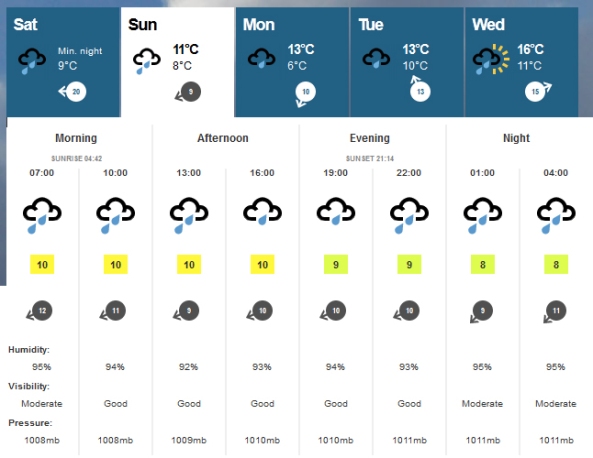