Buke & Gase have more potential than any act I’ve heard all year. Their last album was startling, if not quite classic; their next should dispel all doubts.

20. Lanie Lane – Oh Well, That’s What You Get Falling In Love With A Cowboy

This was released in some places last year, but is listed on Wikipedia as 2012 so I’ll claim it as one of this year’s best. Lanie’s Australian, but this is America as a Wild West theme park, as curated by David Lynch.

Hypnotic motorik from the Carsick Cars side-project from China.

The pared-down bass riff weaves as indelible a spell as Azealia’s 212. Conor Maynard’s Timberlake-esque confection was one of the pop treats of the year.

Another one of those obligatory lists. We’ll have to call this “in no particular order” (though the number one spot is thoroughly deserved) …

This jazz covers album wasn’t some vague grab for “credibility” by a worn-out has-been: Don Cherry’s daughter’s credentials run blood deep. Neneh has a warm, rich voice that lends itself well to the fuzzy double bass and scratchy violins.  END_OF_DOCUMENT_TOKEN_TO_BE_REPLACED

Since 2002, the winners have usually been TV talent show contestants. From 2005 to 2010, the winners of The X Factor headed the charts each year, until fed up pop fans started the Facebook campaign to pitch Rage Against The Machine for the number one spot instead. This was the first Christmas number one with a download-only single, and achieved the most download sales in a single week in UK chart history.
END_OF_DOCUMENT_TOKEN_TO_BE_REPLACED

The race for the festive top heated up in 1972 when Slade released Merry Xmas Everybody as a deliberate ploy to reach the top at Christmas. Bohemian Rhapsody, which topped the charts at Christmas in 1975 and 1991, is the only song to have hit that spot twice. The era of cheesy festive fare was in full swing.  END_OF_DOCUMENT_TOKEN_TO_BE_REPLACED

There is no number one quite like the Christmas number one: the song that sits atop the UK Singles Chart in the week on which Christmas Day falls. It’s such a coveted spot that betting on the winner is a festive tradition in itself. More records are sold at Christmas than at any other time of year, so the Christmas chart-topper is often the year’s best-selling single.

The first Christmas number one came in 1952, when the charts started their weekly run in the New Musical Express. The Beatles are the only act to have achieved four Christmas number ones, with three consecutive winners from 1963, and in 1963 and 1967 they had both the number one and number two singles in the year-end charts. Cliff Richard has only had two solo Christmas number ones; his other two were as part of The Shadows and Band Aid II.  END_OF_DOCUMENT_TOKEN_TO_BE_REPLACED 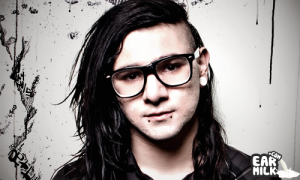 1 Is it OK to think Skrillex is OK?

I didn’t put too much thought or time into an offhand musing as to the relative merits (or otherwise) of the wub-wub guy, so I was surprised by its popularity. Did the post’s 63,000 readers join Team Love or Team Hate?   END_OF_DOCUMENT_TOKEN_TO_BE_REPLACED