[I have two windows open: in one, my questions for Arone Dyer and Aron Sanchez of Buke & Gase. In the other window, I have the Creation Kit, and I’m building a castle for Skyrim. I’m determined not to use fan-made resources, crafting purely from what shipped with the game. I tell myself it looks more authentic that way, but that’s untrue. It’s because by setting myself limits, blocked creatively into a corner, I have to think my way out. I have to snap those little lego-blocks together in ever more inventive ways, which pushes and stretches me. I can’t rely on things built by other people to let me coast along: either I imagine it, or it doesn’t exist.]

There’s no such thing as a buke. Arone Dyer invented it out of an old baritone ukelele and bits of whatever else they had lying around – I think it had bits of old car in it at some point – because they imagined it and wanted it to exist. Arone needed something lighter than a guitar, but I’m baffled by the ukelele: it’s just not something I associate with indie rock.

Aron: Actually there are a lot more ukeleles in indie rock than Gase’s. We don’t necessarily like ukeleles at all – we wanted to make a small experimental electric guitar and made one from parts of a ukelele. It is now a Buke.

The gass is a guitar-bass hybrid, similarly concocted by Aron Sanchez because he just didn’t want to be just another bass player. Hence, Buke and Gass – or Buke & Gase, as they call themselves for obvious reasons. Just the two of them, with just the two instruments plus their voices and whatever percussion they can strap to their feet. They make a hell of a racket for such a tiny band, but it’s a glorious noise. It’s indie rock, stretched and pushed until it makes something new. Descriptions are amusingly inept – they’re not “folk metal” or “chamber punk”, but I’ll give them “asymmetric congruencies of melodic discordance”. They pretty much sound like this.

END_OF_DOCUMENT_TOKEN_TO_BE_REPLACED

Credit where it’s due: I grabbed this from the Guardian‘s New Band of the Day, and it is indeed the best thing I’ve heard all day. I mean, you’ve heard it before: glossy synthpop of the kind Mesh were making a decade ago, and The Human League spun out back before most people were born. Before this lot were born, at any rate. END_OF_DOCUMENT_TOKEN_TO_BE_REPLACED 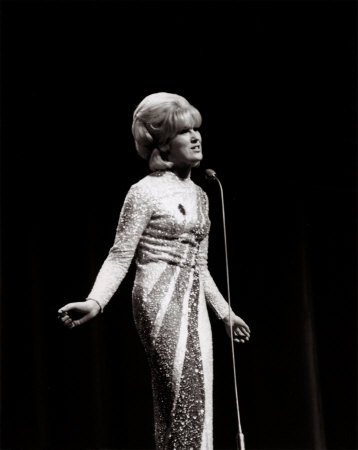 Dusty Springfield’s Son of a Preacher Man is so iconic that it barely merits explanation, but the song was originally offered to Aretha Franklin. She turned it down. Writers John Hurley and Ronnie Wilkins then passed it to Aretha’s sister, Erma, though it was Dusty’s version that prompted Aretha to record the song herself in 1970. Aretha’s version was backed with Call Me, but it was the b-side that became the hit.  END_OF_DOCUMENT_TOKEN_TO_BE_REPLACED

I keep putting this off because I want to do it justice and I’m worried about saying the wrong things. I don’t want to overegg it – oversell it – but I do want you to hear it because you really need General Dome.

General Dome isn’t this year’s Screamadelica, but it is this year’s King of Limbs: that album that leaves you with a satisfied smile on your face feeling like all is right with the world. I’m more relieved than thrilled because I was so worried that Buke And Gase would let me down. I’d built them up as so frustratingly close to true brilliance but who had only given glimpses of their staggering potential. General Dome is how they start to realise it: to combine infectious melodies, depth and innovation in one iridescent, shimmering package.

END_OF_DOCUMENT_TOKEN_TO_BE_REPLACED

How was this even a hit? That’s my first thought, as I wrangle with its inelegant prose. It wouldn’t be the first time I’ve had an unpopular opinion: I hated The Road so much that I left it on the train. The first-person narrative is jarring, since it’s Katniss’s voice, and she uses a language that nobody real would speak. It’s how people in books speak. It’s awful, but somehow I make it through.

Then, some way in, I realise that I am sat on a bus reading this popular teen novel on the Kindle app on my smartphone, and that people are probably looking at me. I have tears streaming down my cheeks.  END_OF_DOCUMENT_TOKEN_TO_BE_REPLACED

There was a moment at the turn of the century when pop music rocked. I don’t mean it wore spandex or threw horn-shapes, but it had the fire, the fury and lust that made guitar-based music sound very flaccid in comparison. It had a confidence and mischief that made guitar music sound very boring, and the sort of ambition that made rock sound weak and naff. There was a moment when I typed out “f*** this, I’d rather listen to Kylie” in resignation to my editor, to a backdrop of sounds like this.  END_OF_DOCUMENT_TOKEN_TO_BE_REPLACED

This is making me feel warmer already. It’s a different kind of filesharing: in West Africa, without home PCs and broadband, music fans swap files through Bluetooth wireless transfer over their phones. They listen to the songs on their tinny built in speakers, made on home studios and given no commercial release, until now. END_OF_DOCUMENT_TOKEN_TO_BE_REPLACED

Those nice folks at Bethesda Softworks are offering you – lucky you! – a chance to play The Elder Scrolls Online before the ravening hordes get their grubby paws on it and call you a n00b in front of your mates. Yup. It’s beta sign-up time.  END_OF_DOCUMENT_TOKEN_TO_BE_REPLACED 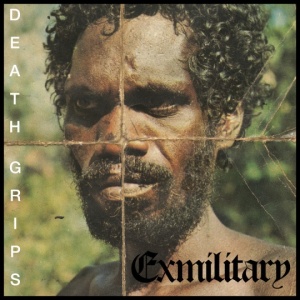 Nobody understands my pain.

I mean that literally. I wonder what the other passengers on the bus are thinking – there I am with tears streaming down my face, staring at the tiny screen of my mobile phone. Perhaps they wonder if I’ve just been dumped by text. Maybe they just think I’m crazy.  END_OF_DOCUMENT_TOKEN_TO_BE_REPLACED