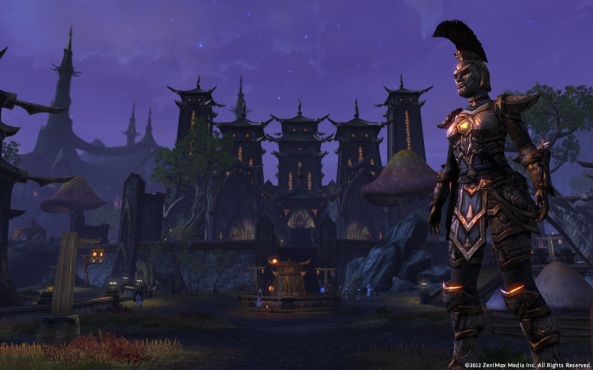 Those nice folks at Bethesda Softworks are offering you – lucky you! – a chance to play The Elder Scrolls Online before the ravening hordes get their grubby paws on it and call you a n00b in front of your mates. Yup. It’s beta sign-up time.

Click here to fill out the application form, and remember to include as much information as possible because the more you tell them, the more likely you are to be picked. For any questions on the sign-up process, click here.

If all that doesn’t have you flush-faced with excitement, Bethesda have uploaded this sweet cinematic trailer to give us the flavour of the game:

With its innovative strategic real-time combat, it looks set to stand apart from the fierce competition of Guild Wars 2 and LOTR Online, and should prove itself the best of the bunch. There is just one “megaserver”, so you won’t have to spend half an hour trying to find your friends before you can get started. One of the most intriguing features is its integration with social networking, so you can form a Facebook group and import the whole thing directly into the game. For longtime Elder Scrolls fans, though, the biggest lure is that the game recreates so much of Morrowind, Oblivion and Skyrim – the game copies the art styles so the architecture and mushroom-trees look exactly right.

If you’re still not convinced, here’s the lengthy gameplay trailer, demonstrating that oh-so-familiar landscape and some of the game’s features.