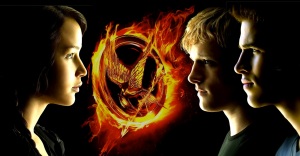 I initially thought that The Hunger Games was a really good film. A really good film. It had all the ingredients, after all: a perfectly-cast Jennifer Lawrence in the lead role, Suzanne Collins as screenwriter, and a sympathetic director who really seemed to understand the material. The opening scenes of shaky-cammed apocalyptic gloom offset against the slick Truman Show-style televisation were perfectly pitched, so it was disappointing as the film inexorably slid into mediocrity the minute the violence started. Or didn’t, as it turned out.  END_OF_DOCUMENT_TOKEN_TO_BE_REPLACED 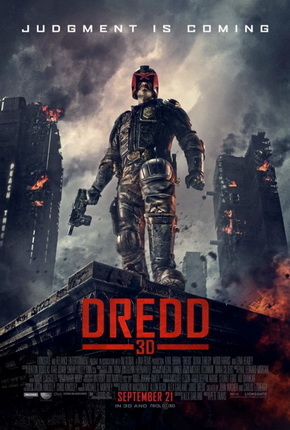 I mean, normally I fancy Karl Urban. On the special features bit of this DVD, it’s hard enough for me not to start licking the television screen, because normally Karl Urban looks like this 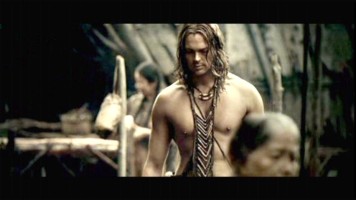 but it’s testament to Karl Urban’s skill and humility as an actor that his screen-lickable sexiness is entirely forgotten when he spends the entire film with a grotesque scowl on the only part of his face visible beneath the trademark helmet. Which he never removes.

Sylvester Stallone removed the helmet when he played Judge Dredd, which is what was wrong with that film and what is right with this one.  END_OF_DOCUMENT_TOKEN_TO_BE_REPLACED 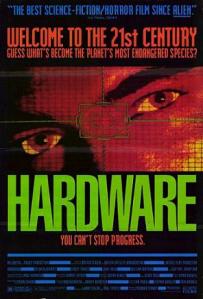 It doesn’t look like I’ve posted about Hardware, which I find surprising. This underrated little post-apocalyptic slasher flick is normally one of the first films I recommend to people. It’s inspired by a short story from 2000 AD about a robot that goes on the rampage in a post-nuclear wasteland, and is chiefly notable for its killer soundtrack and on-screen appearances by luminaries such as Lemmy and Iggy Pop. END_OF_DOCUMENT_TOKEN_TO_BE_REPLACED

I recall saying of Avatar that I didn’t care if Sam Worthington was blue, I’d still do him. That’s a fortunate attitude, since the Terminator 4 actor is donning the blue body paint again for the movie version of 2000 AD‘s second-most-popular character (after Judge Dredd).