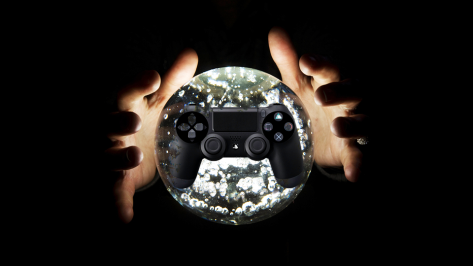 The future of gaming is just around the corner, or so they say: the Playstation 4 has finally been announced. Yesterday, Twitter and the wider web was buried under an avalanche of excitement and speculation (well, the bits of it not already knee-deep in the BRIT Awards) – so much information, it was just too much to take in. Especially when the console itself was nowhere to be seen.

Luckily the commentators of the gaming world were on hand to interpret the hyperbole and give us a realistic impression of what to expect.  END_OF_DOCUMENT_TOKEN_TO_BE_REPLACED

Those nice folks at Bethesda Softworks are offering you – lucky you! – a chance to play The Elder Scrolls Online before the ravening hordes get their grubby paws on it and call you a n00b in front of your mates. Yup. It’s beta sign-up time.  END_OF_DOCUMENT_TOKEN_TO_BE_REPLACED

1 Is it OK to think Skrillex is OK?

I didn’t put too much thought or time into an offhand musing as to the relative merits (or otherwise) of the wub-wub guy, so I was surprised by its popularity. Did the post’s 63,000 readers join Team Love or Team Hate?   END_OF_DOCUMENT_TOKEN_TO_BE_REPLACED 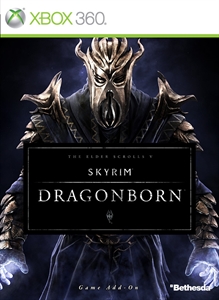 If there’s one compensation for being stuck at home with a sick child, it’s the possibility of bundling up the sleeping tot into your lap so she can snooze while you get on with the important business of saving Tamriel from its latest threat. Players of Morrowind will remember the island of Solstheim, and those of who you haven’t played have absolutely no excuse since it’s currently about 29p on Steam and is arguably the best game ever made.

Let’s process that for a second. Everyone I know who played Brink was disappointed because what they really wanted was just Enemy Territory with better graphics, and – having made the mythical “perfect game” – the developers seemed to ignore everything that was beloved about it and went off and did something else instead. Some penny seems to have dropped somewhere at Bethesda, because this time around they have delivered what is simply, literally, Morrowind. With better graphics.  END_OF_DOCUMENT_TOKEN_TO_BE_REPLACED

It’s my general belief that every game is automatically better if it has mushroom trees. Skyrim takes that to heart with its fan-stroking new delectable treat, Dragonborn. If, like me, your heart is already pounding through your chest at the titillating screenshot above, you’ll probably already know that the new DLC is set on Morrowind‘s island of Solstheim.  END_OF_DOCUMENT_TOKEN_TO_BE_REPLACED

I’m going to be a drop bear when I grow up. I’m practising now, perched on a ledge, with my unwitting victim meandering around beneath me. Whump-squish-phfft. That was the man from the Watch, who I’m now going to dump in the sewer stream, in the hopes that nobody will find him. I’m doing a lousy job, since the body is quickly discovered. Oh well. So much for stealth.

Dishonored is like Thief and Batman had a baby. My first few minutes after the tutorial-prologue involve sneaking up behind guards, making non-lethal takedowns and dragging the bodies out of view. There’s quite a pile of bodies forming, but I aim to be out of there before anyone spots my handiwork. The drop-kills are another guilty pleasure – similar in feel to those oh-so-satisfying vertical-ninja-grabs from Batman: Arkham Asylum. Like Thief, the game is mostly stealth, but unless you’re either highly conscientious or really skilled, you’ll probably rack up a minor body count by the end.  END_OF_DOCUMENT_TOKEN_TO_BE_REPLACED

The word “awesome” is overused, but I think this is merited. A truly cool idea. I think the marketing department can pat themselves on the back now, while the rest of us are playing Choose Your Own Adventure.  END_OF_DOCUMENT_TOKEN_TO_BE_REPLACED

I’ve left it far too late to write about this, since I was engrossed in the game all evening. Yes, it’s belated, but in my defence I’ve also been playing it on the Xbox and have completed Hearthfire in the interim. Besides, fans of Skyrim will no doubt have played it anyway and organised their own thoughts, but if you’ve been holding off, here’s what you need to know.  END_OF_DOCUMENT_TOKEN_TO_BE_REPLACED

Although Skyrim‘s new DLC Hearthfire isn’t up yet on the PC, I wondered how it would hold off against the popular fan-made game addition, Build Your Own Home, so I played the former on the Xbox and the latter on the PC to see how they’d compare. END_OF_DOCUMENT_TOKEN_TO_BE_REPLACED

Something’s very wrong here. Computer game designers, by all rights, ought to be socially inept nerds – the hellish spawn of Comic Book Guy and Napoleon Dynamite. They surely shouldn’t be like environment artist Megan “Ghostgirl” Sawyer – pretty in a cute, funky sort of way, with a penchant for cool toys and loud music. They certainly shouldn’t be like writer Erik “DoctorSpooky” Caponi – strikingly handsome, with “Vin Diesel’s haircut” and a rock band goatee. He has the highest quality-to-quantity ratio of almost any poster on the Official Forums. Oh yeah, and he makes quests. We’ll start with him.

Erik: I came on pretty late in Oblivion’s development. I got the chance to work on a few of the Settlement Quests as well as various late-stage writing and design tasks. I was one third of the design team for Knights of the Nine and was responsible for a few of the quests as well as the final battle against Umaril’s minions and the battle with his spirit in the sky over Cyrodiil. On Shivering Isles, I was responsible for Retaking The Fringe and Symbols of Office as well as a lot of freeform design. I was also the designer on a couple of the downloadable content packs. Primarily what I do around here is known as “Freeform Gameplay”. I started with it on Shivering Isles and it’s now my full time role on Fallout. What it means is that I’m responsible for gameplay content that isn’t related to quests. This can take the form of incidental dialog, NPC behavior, scripted scenes, town dialog, world encounters, lore, conversation systems, as well as any one of a million different things that might not be tied directly to a particular quest.  END_OF_DOCUMENT_TOKEN_TO_BE_REPLACED