It’s an almost sad feeling as I wrap up this list – bundling in the top 40 in one final swoop – before tomorrow’s grand finale. I don’t even know what was going through my mind as I wrote the original list, beyond how far I agreed (or disagreed) with the traditional entries on such charts. Perhaps what surprised me was how orthodox my tastes are – perhaps simply because those songs are undeniably good – though I hope my more detailed individual postings have entertained, imparted a bit of trivia on your favourite songs, and maybe introduced you to something you hadn’t heard before.

With that in mind, I’m going to skip over the ones you already know well – Led Zeppelin’s Kashmir (which always sounds oddly weedy compared to the bowel-shreddingly heavy version in my head); River Deep, Mountain High; House of the Rising Sun, etc. (my top 40 is dominated by songs from the 60s). I’ll pause to mention Higher Than The Sun, because however many accolades have been awarded to Screamadelica, it still does not have the recognition such an otherworldly, transcendental song deserves.  END_OF_DOCUMENT_TOKEN_TO_BE_REPLACED

Rule 49. If it exists, there’s a blog for it. Occasionally, one gets missed …

This was a real conversation I had with a friend last night, who I’ll call ConspiracyTheorist for the purpose of this post. 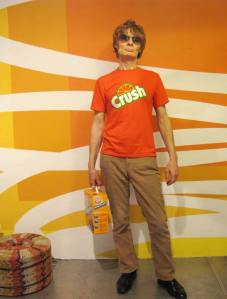