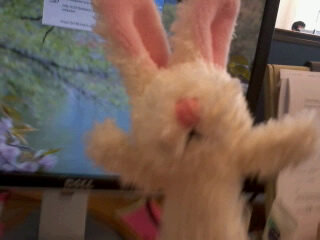 As Spandau Ballet once sang, “Why do I find it hard to write the next line?” 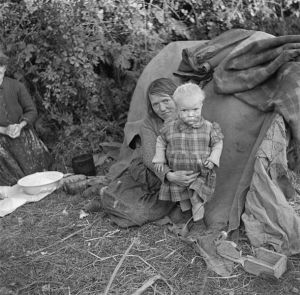 We’ve been having fun with Googlism, a website that filters descriptions from Google to tell you what Google “thinks” of you. For example: 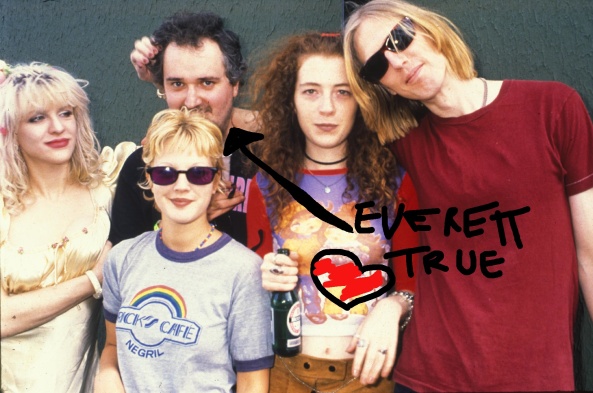 If the numbers don’t add up by tomorrow, Collapse Board is no more. Thus spake Everett True, and he’s a petulant little bugger at the best of times: don’t think he won’t do it.

END_OF_DOCUMENT_TOKEN_TO_BE_REPLACED 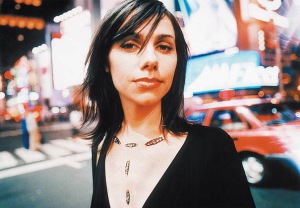 “Mostly only art created by women has any validity. The male experience has been created and recreated so often” – Everett True, 1992

That is such bulls***. It’s like saying that only Tuvan throat singing/rock hybrids have any validity because you don’t get much of that, either. (And, f***, it’s good stuff.)  I don’t flip the sleeve over to check the gender before I’ll listen to the record, any more than I’d think too much about whether they were, say, Turkish. And, yes, a Turkish act does bring a certain flavour to the mix that you rarely get with non-Turkish acts. It’s informed and shaped by its Turkishness but not wholly defined by it because it’s more than that and to reduce it to that is to insult it.

Take Aylin Aslim, for example. I don’t know who she is, but I love her. I don’t have the slightest clue what she’s singing about (though Google translate tells me it’s called “ghoul”). There’s definitely a Turkishness to what she does, but I don’t set out to listen to Turkish folk. I just like this one – her – because she has such a don’t-give-a-f*** attitude and playful energy that makes her an absolute joy to listen to.

END_OF_DOCUMENT_TOKEN_TO_BE_REPLACED 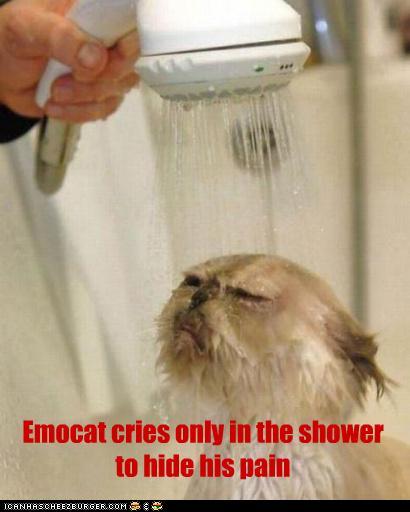 Something very strange is going on over at Collapse Board. Albums are being reviewed in pictures, and the same album is being reviewed in multiple contexts. If I was a sensible, level-headed lass, I’d just assume that Everett True has turned nuttier than a sack of squirrels and patiently wait for him to go back to writing 10,000 words on why he hates Radiohead. Unluckily for you, I’ve decided instead that this is the way to go, and will now re-review some of my favourite recordings through the medium of cats.

END_OF_DOCUMENT_TOKEN_TO_BE_REPLACED 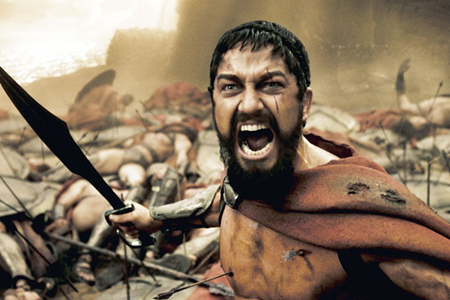 “Basically, what you’re saying is that sniffing glue wrecks your brain? That’s common knowledge, you didn’t have to bother.”

One of the great things about WordPress is that it has a pretty good spam filter and weeds out a lot of nonsensical messages, usually linking back to some sort of Viagra or other obvious spam site. I didn’t think too much of it and let this rather odd message go, especially when it was linked to an account called “Fake”, via the email address of one William Doherty.

A little while later, the spam filter trapped another message from aforementioned Mr Doherty: END_OF_DOCUMENT_TOKEN_TO_BE_REPLACED

On 29 March 2010, I did something I hadn’t done for a long time. I took a chance on buying an album I hadn’t heard and fell in love with it instantly. Three tracks in, I knew that it was going to have a significant impact on me, and the following day, I started this blog to write about it. Two people inspired me that day: the one who made the album in question, and the one whose blog gave me the idea for this one.

One year later, and a great many people have inspired me. Some have entertained, some have made me think, and many have achieved both at the same time. I thought it would be fun to catch up with those people and ask them what had inspired them today. 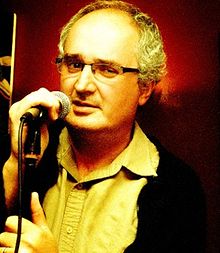 Let’s start with Everett True. Though we’d intermittently emailed each other in the intervening years, the last time I’d seen him was when he was still writing for Melody Maker, back in the mid-1990s. In the meantime, he’d edited various magazines included Plan B and relocated to Australia, where he now ran two blogs of which the latter – Music That I Like – I was an avid reader. Everett’s blog was a direct inspiration for this one, and it was a pleasure to catch up with him again this year, when again he inspired a creative outburst without really intending to. He now edits Collapse Board, an aggregate blog of various mostly Australian-based music critics, and performs in two bands. I dropped him an email to ask him what inspired him today.

END_OF_DOCUMENT_TOKEN_TO_BE_REPLACED

Everett True is a music critic at Collapse Board. He has written for both NME and Melody Maker, The Times and the Guardian, edited Vox, Careless Talk Costs Lives and Plan B magazines, and written several books. He contributes to Bust and Something Awful, and fronts bands The Deadnotes and The Thin Kids. He’s the most genuine fan of music I’ve ever met.

No interview was planned or requested: this is an anecdote, published with permission. 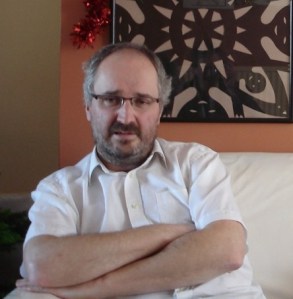 Thirty minutes early, drenched and fearing stray mascara has damaged my new handbag, I nip into the toilets at the Institute of Contemporary Arts and reapply my face. I muse that Everett True would probably approve of the army-boots-and-dress combo I’ve worn for the past twenty years, inspired by the bands he wrote about. After fifteen minutes of staring at conceptual bulls*** (and one nice sculpture), I phone, unintentionally interrupting him. I read Wicked and wait. Ten minutes later, I recognise the unassuming middle-aged man looking for me. He looks less like Jim Broadbent than I remember.

“My friend told me that I’m the most self-obsessed and least self-aware person she’s ever met,” Everett tells me as we walk towards the South Bank, “And she’s dated lead singers.”
I bark a hysterical laugh. It’s funny because it’s not True.
“Having kids gives you perspective,” he says, “Makes you self-aware.”
I tell him it’s not so much lack of perspective, in my case, as an almost pathological lack of inhibition.
“Having children gives you inhibition. There are things I couldn’t say any more because … people would get upset.”

END_OF_DOCUMENT_TOKEN_TO_BE_REPLACED

These aren’t necessarily the ones with the most hits (since 30 March 2010) – though most are.

Blimey, you’re a shallow bunch! I wrote this as a bit of light-hearted fluff and it’s had about as many views as every other post put together! Still, if there’s one thing we love here, it’s sexy nerds. Of course, it was controversial when I first put it up: everyone complained that their favourite game developer had been omitted!

Everyone wants to know about Benny. It’s a good game and I’m still enjoying it, but I haven’t blogged about it lately because it would just read “number of radscorpions killed: 15. v good. Paralysed by choice: still not picked a side.”

END_OF_DOCUMENT_TOKEN_TO_BE_REPLACED

Passion. It’s from the Latin for “endure”, and can be a painfully strong emotion: an unusual excitement, enthusiasm or compulsion. It’s something I thought I’d never feel again.

I’ve awakened from an emotional coma into an age I don’t understand. I left a world where rock stars were leather-clad sex gods to be worshipped on an altar of desire, and awoke in one where poster-crushes are deemed inappropriate. I just got called out over my crush on a pop star by a fellow fan, which seemed utterly surreal in a minimised window where the word “SEX” is the headline on an article about why Everett True does (not) want to f*** The Von Bondies. To them, I was fixated on a person, a band, an unreal image. In reality, I’m fixated on a principle – an idea so rare and precious that this principle should be the subject of obsessive focus. It’s a principle of maintaining a passion for music. That’s not just something I’d lost, but has all but disappeared from the world.

OOIOO – can I wheel out “thunderous tribal percussion”? Oh, please?

The NME‘s list of “the best albums of the decade” made depressing reading. Is this really all we’ve done, all we’ve accomplished, in the past 10 years? With only one or two exceptions, it’s a passionless and sterile bargain bin of lifeless and derivative whiners. There has to be better out there – I need to believe that, for the sake of my sanity.

This year, against all odds, I finally heard it. I was feeling something – anything – again, and remembering for the first time in years what music could do.

Compulsion. Once you get that feeling, you need to feel it more and more. That sense that you’re not alone – that anything you’re going through has been endured by someone else. That excitement that your elation has been articulated, or that your despair has been shared. Music doesn’t need words to transmit its emotion – it’s pure person-to-person communication, from a place nothing else can touch. Music does need words to help you find it, though, and when you’re stumbling around and getting lost, you have no choice but to return to the last place you found it. You keep going back again and again to where you have the highest chance of finding that unusual excitement, until it feels like home.

Melody Maker used to feel like home, and its erstwhile acting editor, Everett True, has long been a good source of musical discovery. He was passionate about music, and enthused about bands who played with passion. As David Bennun noted on Facebook: “ET not getting the job was symptomatic of the corporate-cowardice-and-cluelessnes-ridden decline already in progress. Which is to say, it was an effect of the problem, not the cause. If the paper had been overseen by people capable of understanding why it was essential to give ET the job, then – for all the undoubted difficulties in the market – it might not have been in such terrible trouble in the first place“.

Not one to slink into the shadows, ET used his reputation to gather a band of similarly enthused magazine types, and spent the time since writing for a number of publications. There was Careless Talk Costs Lives, and Plan B magazine, which he has begun to upload in PDF format for us to read for free.

Saturday 8 May
“Strive for greatness – or at least originality.”
I was lecturing to some media students yesterday. After hearing me dismiss NME and Q as being put together by people embarrassed to be writing about indie music, someone asked what I’m looking for in Plan B contributors. I can never think of what to say in these situations. “Be yourself,” I replied lamely, well aware that most music criticism is a series of clichés, wrapped up in woolly liberalism and the self-righteousness of the young. “Your writing should make me wanna rush out and buy – or burn – the discussed artist’s records.”