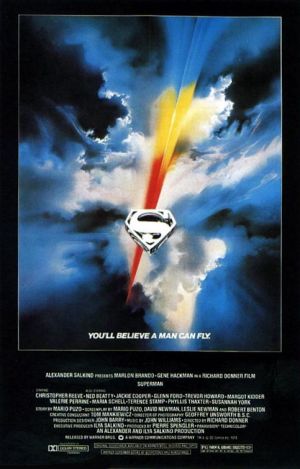 Richard Donner’s Superman set the blueprint for what a superhero movie should do. It was funny, exhilarating and suspenseful with an immensely likeable cast. But it had one problem … END_OF_DOCUMENT_TOKEN_TO_BE_REPLACED

It’s hard to believe this pant-poopingly scary film is a 12, but you know me, I’ll scream at anything. People love to watch horror flicks with me because I jump so dramatically at every spook that it makes them feel on edge, thus amplifying the scares. It’s far from the most scary film I’ve seen, but nestles in comfortably between What Lies Beneath and The Others for old-fashioned chills.

Daniel Radcliffe puts in a competent enough performance as Arthur Kipps that you get over the Harry Potter jokes within the first few minutes. Then you might be forgiven for spending a brief time noting how handsome he’s turned out before recoiling from the weirdness and putting that thought out of your mind, thank you very much. After which you’ll just forget it’s got Harry Potter in it and get on with enjoying the film.  END_OF_DOCUMENT_TOKEN_TO_BE_REPLACED 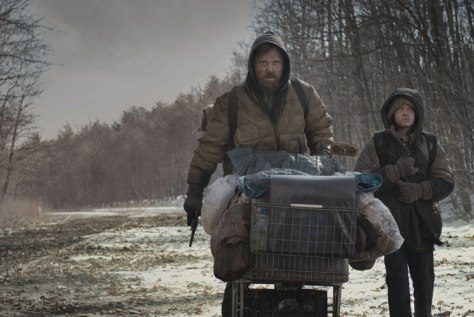 Despite hating the book so much that I left it on a train so that it would no longer sully my handbag, I willingly watched the film of The Road. I figured the only way it could replicate the book’s irritation factor would be to be. Shot. Entirely. In. Rapid. Jump. Cuts.

That’s way too much punctuation for the start of this feature, considering the book has hardly any, but there we go. The book’s b*llocks, so what’s wrong with the film?  END_OF_DOCUMENT_TOKEN_TO_BE_REPLACED

Avatar is showing this weekend on British TV, which reminds me of some pretty obvious problems.

It’s Pocahontas as played out by Smurfs, remember? Gorgeous Sam Worthington escapes his wheelchair in a virtual body (or “avatar”) on a pretty rainforest planet. He falls in love with the girl-Smurf (Zoe Saldana) and organises a rebellion against the evil US army.  END_OF_DOCUMENT_TOKEN_TO_BE_REPLACED 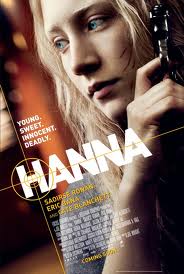 I figured a film about a teen assassin starring Saoirse Ronan, Eric Bana and Cate Blanchett was a pretty safe bet, but there are just too many credulity-stretching head-scratching moments for Hanna to be any good.

END_OF_DOCUMENT_TOKEN_TO_BE_REPLACED

Yet another film that could have gone a totally different way if the people in it hadn’t been so staggeringly stupid. (Caution: spoilers)

END_OF_DOCUMENT_TOKEN_TO_BE_REPLACED

Yet another film that could have gone a totally different way if the people in it hadn’t been so staggeringly stupid.

More than the “How it should have ended” series on YouTube is the infuriating feeling you get when you’re watching a film that even though it’s well acted, well directed and everyone else is doing their jobs pretty well, the scriptwriter fell asleep on the job? Case in point is the oft-cited way to end Lord of the Rings in five minutes by having the eagles drop Frodo at Mount Doom.