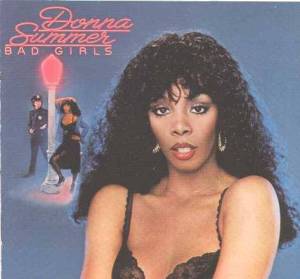 Donna Summer was one of the many soundtrack providers to my childhood. Funny how many straight blue collar types with gay disco tastes I know now, but my dad was one of them, and so our house was filled with this and ABBA. Funny, I was just thinking of Donna Summer earlier, even though I hadn’t yet heard about her having lost her battle with cancer today. She was 63.

Everett True has written an obituary over at Collapse Board, which is more eloquent than anything I had to say. I’m sad – I liked her voice.

END_OF_DOCUMENT_TOKEN_TO_BE_REPLACED

Maggie the Cat is alive! Alas, no more, is the woman who portrayed her. The 79 year-old icon passed away from congestive heart failure today.

END_OF_DOCUMENT_TOKEN_TO_BE_REPLACED

Ubiquitous British actor Pete Postlethwaite passed away yesterday from cancer. He was 64. An extremely versatile performer, he was a well-loved star of screen and stage, including roles in Romeo + Juliet, Jurassic Park and The Usual Suspects. In 2010, he was in the panned Clash of the Titans and the lauded Inception.

IMDB has 94 entries, including roles in Killing Bono (2011), The Town, The Constant Gardener, Casualty (TV series), Dark Water, James and the Giant Peach, Lovejoy (TV series), In The Name of the Father, Minder (TV series), Last of the Mohicans, Alien 3, Coronation Street (TV series), and Hamlet.

Here he is in Brassed Off.

The Guardian has today written a lovely obituary in clips for the late, great Leslie Nielson, so I’ll refer you there instead of writing my own. Indeed, there are few people who can make you smile at the merest thought of them.

I also realise that I haven’t written anything about Coil’s Peter Christopherson, who also passed away very recently. He telephoned the place where I worked once, about 15 years ago, and on saying his name I grilled him about music for half an hour before answering his question. He seemed really nice. I greatly enjoyed Coil’s performance with Foetus back in 2000. Again, I’ll link to The Guardian’s thoughtful obituary. I would add to that one thing: the only way in which I found Coil “shocking” was in how accessible they were. Their music was easy to enjoy and their live show – hypnotic beats and dazzling lights – was effortlessly entertaining. Perhaps the thing I’ll take with me about Peter  Christopherson was that people didn’t talk enough about how likeable he – or his music – ever was. Read Brainwashed’s affectionate tribute, including words from Sleazy’s musical friends and collaborators, here.

Can’t let today pass without a mention of Peter Steele, vocalist with Type O Negative, who died yesterday from heart failure. I guess it’s only appropriate to take a moment out to listen to their best-loved song:

Peter Steele: gargantuan pin-up for goth girls everywhere. Famous for Black Number One, Everything Dies, My Girlfriend’s Girlfriend, and for being the proud possessor of a ten-inch knob. Given that he posed for Playgirl, I think he’ll be proud for being as remembered for that as he was for his music. Rest in peace, Mr Steele.