Hypnotic motorik from the Carsick Cars side-project from China. 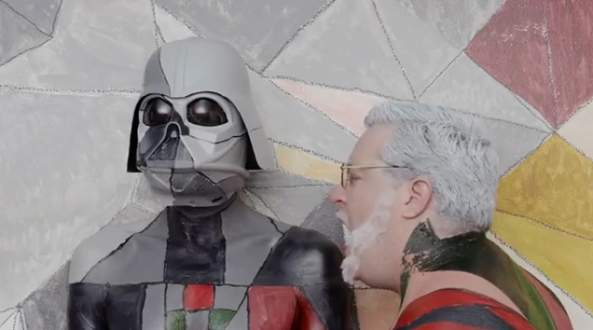 Two astonishingly meticulous parodies have been doing the rounds lately, and if you’d missed either of them, you’re poorer for the giggles. The first is a spoof on Carly Rae Jepsen’s Call Me Maybe (no, I’d never heard of it, either), which must have taken them aaaaaaaaaaaaages END_OF_DOCUMENT_TOKEN_TO_BE_REPLACED

A great soundtrack accompanying a great film is a uniquely satisfying experience. This can be anything from As Time Goes By in Casablanca to Don’t You Forget About Me in The Breakfast Club. It could be the Mortal Kombat soundtrack (I won’t have a word said against those films!), or it could be Michael Giacchino’s superlative score to Up.

Sometimes, however, there’s a mismatch between the quality of the music and the quality of the film. The promotional single – usually released in advance – might have you all fired up, only to face disappointment when you watch the movie. So here’s a shout-out to some memorable music that accompanied some pretty forgettable films.

END_OF_DOCUMENT_TOKEN_TO_BE_REPLACED

I was having a bit of a DVD marathon today, re-watching the Harry Potter films in advance of seeing part 2 of Deathly Hallows next week. It occurred to me, while watching the films, that you could have slipped any number of lines from other films into the dialogue with nobody much noticing the difference. For example:

END_OF_DOCUMENT_TOKEN_TO_BE_REPLACED

“I do love a Royal Wedding”, says Baldrick in Blackadder, and it seems that most people I know are suckers for pomp and pageantry, too. Sure, I flicked over to see the dress, smiled at the misty-eyed “I dos”, and then turned back to the more interesting world of on-screen princesses – those from our favourite films and television shows. I didn’t think too hard about the rankings, and I’m sure I’ve left off a few, but here are the fair ladies of fiction that spring immediately to mind when I think of princesses.

Probably the silliest film ever made. This Druish princess doesn’t like being shot through the hair.

END_OF_DOCUMENT_TOKEN_TO_BE_REPLACED

Youtube user RevLucio made a fan video to accompany Weird Al’s song Germs, a parody of various NIN songs (mostly Closer). It’s from the album Running With Scissors, which I recall had some pretty sweet parodies. I love this one best because it’s an absolutely fantastic song.

END_OF_DOCUMENT_TOKEN_TO_BE_REPLACED

Quake is really fun! I’d always said Doom and Quake in the same breath, thinking they were essentially the same thing, but they’re completely different. Doom is more like something like Bioshock – dark, scary, horror-survival stuff. Quake has a gentler pace and is more based around puzzles and discovery. Yes, you’re still doing a lot of shooting, but in common with something like Thief, you’re looking round all the time for anything that looks out of the ordinary, which may turn out to be a secret passage filled with treasure. Quake feels like a game rather than being a virtual adventure, but is still very playable in spite of its age.

Wait, Quake II is from 1997? Really? It looks incredible for a game that age! It’s more of a straightforward shooter but is very engaging right from the start, with an opening cutscene that must have been absolutely jawdropping at the time.

I just played against bots, which mostly consisted of chasing them around the arena with a variety of weapons like something out of Texas Chainsaw Massacre. I felt surprisingly invincible, having dispatched the first two bots rapidly and with ease, until I got a message of “I’m learning your tricks, Kickass” (my character name) before he started to whup my posterior. The soundtrack is pretty enjoyable, too.

STALKER is a funny one. It’s very, very Russian, with some pretty bad dialogue translations and thick accents to navigate. It seemed like a relatively engaging story so far and I think I’ll be playing more.  At least to start with, it’s pretty light on combat and heavy on dialogue, but I like that in this instance because it’s doing a great job of building an atmosphere.